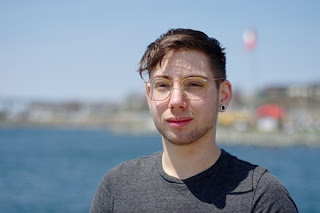 THE COAST: "What’s more, the city of Halifax can afford to provide free public transit. Eliminating bus fares from all transit would only cost $35 million dollars, or just three percent of the total operating budget. This amount pales in comparison to the $55-million price tag that the city has already committed to the new convention centre."
at 7:40 AM No comments:

Candidate for Mayor in Mexico promises #freetransit for seniors 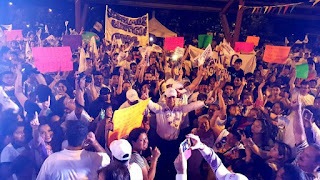 He said that with this new rule to be had with him at the Municipal President of Benito Juarez "will support students with two fundamental points: Free public internet and transportation throughout the city." Addressing the avecindados in the Ecological Park Villas Otoch, he invited them to join his proposal.

Anbumani Ramadoss promises free bus travel for all in Chennai

On the sidelines of an interactive session on a new urban agenda for the Chennai Metropolitan Area, he announced that free bus travel will be implemented for all and the fleet of the Metropolitan Transport Corporation will be increased to 8,000 buses."
at 4:09 PM No comments: