Candidate for leader of PQ Greens is #freetransit advocate 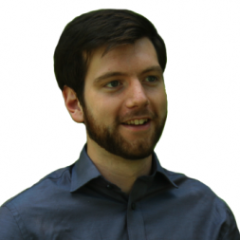 https://twitter.com/AlexTyrrellPVQ
The free transport is one of the best ways to fight against air pollution and climate change. A well-funded and non-tariff transport system will encourage greater use and we will significantly reduce the number of vehicles on the road passengers.

Free transit will allow us to:

Reduce the number of vehicles on the road

Eliminate costs associated with the collection of rates and reinvest

Encourage the use of public transport without penalizing motorists

When we should encourage the use of public transport, the Government of Quebec is quite the opposite and increasing rates of transport. The price of a monthly pass to Montreal has almost doubled in the last ten years. Families, workers and students have a strong need for affordable and effective in order to thrive in our modern society transport.

Free transportation is a concrete that the Quebec government could take now to reduce our oil consumption gesture without forcing people to abandon their cars.

Free transport will also benefit motorists and users of network transport. Hours and hours lost in traffic congestion greatly harm the economy! It is quite time that the Quebec government to take concrete steps to reduce traffic congestion, without expansion of the road network.

The abolition of freight rates would have an impact on the workers who collect these funds. A Green Government will ensure that these workers will be offered associated with the expansion of network positions.

Transit, it is the future.

In financial terms, the STM plans to raise 590 million dollars in transit fares this year. This represents less than half of what the Minister of Transport, Jean-Froincois lysed, reportedly announced on May 6 for only exchangers Decarie, Dorval, and Turcot. Note that free transport is a matter of priority and that remained the need for the expansion of road networks. 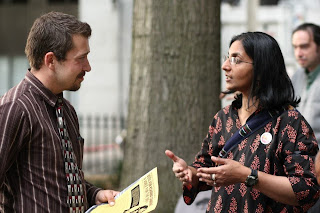 Links International: "“Working people in Seattle have a clear political choice for a change. If you want to fight for an alternative to the status quo, join us in the struggle for a citywide $15/hour minimum wage, a major expansion of public transit by taxing Seattle’s millionaires, increased investment in affordable housing, and implementing rent control”, said Sawant." 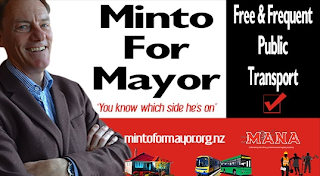 http://mintoformayor.org.nz/
Voxy.co.nz: "Mana Movement Co-Vice President John Minto launched his campaign for the Auckland mayoralty today with a policy to give Aucklanders an extra hour at home with their family every work day by unclogging Auckland roads with free public transport."
at 8:28 AM No comments:

Brazil PSB takes the flag of zero tariff in Congress

versaoimpressa: "In another attempt to anticipate the Rousseff government a measure with strong popular appeal, the bench of PSB in the House of Representatives decided to sponsor the adoption of the proposed amendment to the Constitution (PEC) which provides for the adoption of zero tariff for all shipping public in the Country Party Eduardo Campos, Dilma likely opponent in 2014, supports the measure, which is on the agenda of today's vote of the Committee on Constitution and Justice (CCJ) Chamber."
at 4:04 PM No comments: 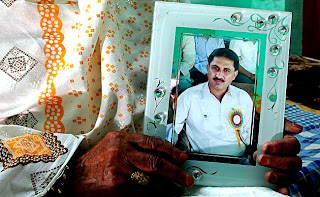 Ghulam Sakina, 85, mother of Jamshed Dasti, a former member of parliament and
election rival of Pakistan's former foreign minister Hina Rabbani Khar, shows
her son's portrait in Muzaffargarh, Pakistan. Reuters
Pakistan 'Robin Hood' aims to wrest election from rich - Hindustan Times: "Even when he won a National Assembly seat, he continued to work one 15-hour shift a week as an unpaid driver for a free bus service he started. " 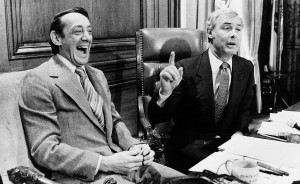 San Francisco Supervisor Harvey Milk, left, and Mayor George Moscone. (Associated Press)
Charles Karel Bouley: Freedom Without Equality Is Just a Medal: "Anyone that saw Milk speak knew one thing: no matter what, he wanted gays and lesbians to have hope. He wanted them to remain hopeful that things can, would and will change if we care enough to change them. He wanted everyone on the bus, championing causes like affordable child care facilities, free public transportation, a board of civilians to oversee police, neighborhood issues, family issues. He wanted his hope to be infectious, and maintained humor by pranking public officials like Diane Feinstein and the mayor and being often outrageous on television or in person in some way."
at 4:55 AM No comments:

RALEIGH: Former Pine State Creamery president dies at 81 | Wake County | NewsObserver.com: "Kilgore’s leadership was appreciated in other industries as well. He was an innovator in public transportation. In 1975, he helped transform the city’s failing bus system. As chairman of the Raleigh Transit Authority, he decided to give away free bus rides for a couple of days.

In a 1976 interview, he said, “We are trying to break habits developed since Henry Ford brought on his automobile.”

He helped promote the cost-savings for a family that used public transportation rather than automobiles, and the benefit for low-income families that may not have other options."

Free transit to clean air? One Utah lawmaker proposes a trial | The Salt Lake Tribune: "The Wasatch Front Regional Council has figured, according to Briscoe, that if transit ridership doubled, it would decrease particulate pollution from vehicles by 2.2 percent and overall pollution by 1.1 percent."